Check out our Feefo reviews 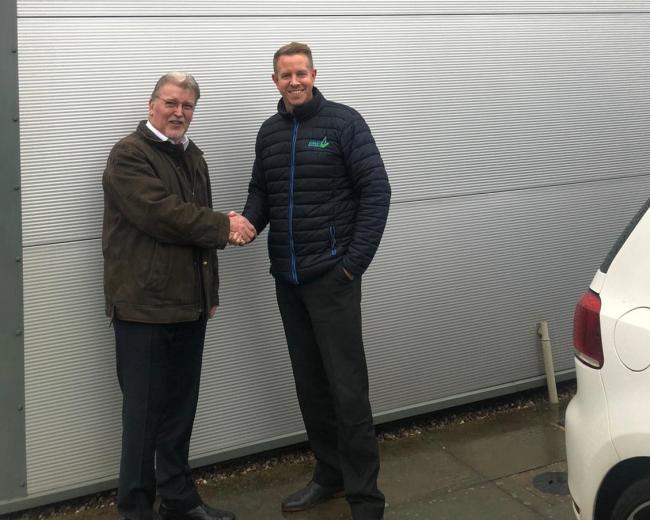 AN award-winning Keighley firm is expanding….

The move is part of a strategy by the business, which serves the north of England as Clever Energy Boilers, to achieve national coverage by 2025.

Further acquisitions are set to follow in the coming months.

“Acquiring the business helps us to expand the products and services we provide.

“It is a specialist in the commercial heating sector and also has expertise in renewable technology.

“Carbon-zero technologies are the long-term future, so this is something both companies want and need to be ready for.”

The acquisition brings the Clever Energy Boilers group’s annual turnover to around £7 million, and creates a workforce – comprising direct and indirect employees – of 75.

And Mr Calvert said “exciting opportunities” were in the pipeline for current and new staff.

“Undoubtedly the company will grow rapidly over the next 12 to 18 months,” he added.

“With growth comes opportunities. Anyone who is hardworking and wants to get on in their career will have a great chance to grow with the company.”

Clever Energy Boilers – based in Lawkholme Lane – has been operating for eight years, during which time it has installed over 5,000 boilers.

Its expansion has seen it encompass the north of England, West Midlands and London.

Now the firm can develop its customer base in the East Midlands, serving the domestic heating market as well as giving homeowners on low incomes access to Government grants to help replace old energy-inefficient boilers.

The company has also enjoyed a good year on the awards front.

There was success at the Energy Efficiency Awards, it was a finalist in the Bradford Means Business Awards and director Jon Broadbent received the Business Personality of the Year accolade at the Keighley and Airedale Business Awards.

Advice For Households During the Coronavirus Crisis
March 24, 2020

Get in touch with the team at Clever Energy Boilers…

Just send us some basic details and a little information about your enquiry.

We are here to help…

At Clever Energy Boilers we are all about providing a great service to our customers – you can call us 24/7 and we will answer your call!

Find out more or adjust your settings.

This website uses cookies so that we can provide you with the best user experience possible. Cookie information is stored in your browser and performs functions such as recognising you when you return to our website and helping our team to understand which sections of the website you find most interesting and useful.

Strictly Necessary Cookie should be enabled at all times so that we can save your preferences for cookie settings.

If you disable this cookie, we will not be able to save your preferences. This means that every time you visit this website you will need to enable or disable cookies again.